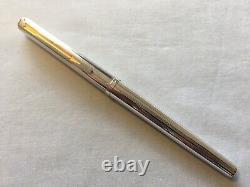 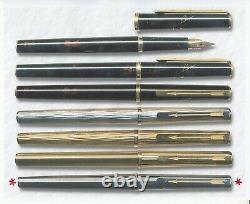 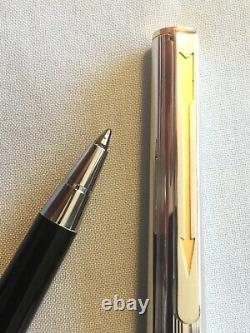 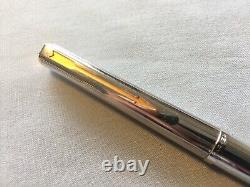 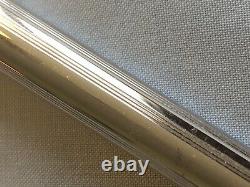 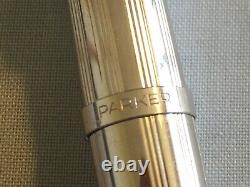 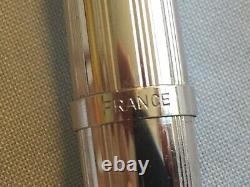 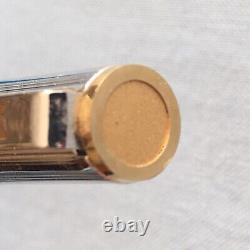 Here we have a rare unused vintage Parker 85 Elegance Florence (I think) Ballpoint Pen, manufactured in France. The finish appears to be chrome and gold. I know that this pen is rare, and it may be very rare.

The Parker 85 was apparently only produced from 1979 to 1982, and one thing which is perhaps unusual on this particular pen is that only the stylised arrow on the clip (which was distinct feature of the 85) is in gold, the rest of the clip being chrome. A scan of this photo is attached, with the pen marked (the photo is credited to Tsachi Mitsenmacher, which is duly noted). In addition to the gold arrow, each end of the pen is gold. The pen has an old fine Parker ballpen refill cartridge (probably not usable due to age, as it's the original).

In'New Old Stock' condition, never used, so I've listed as'New' (not'Used'). No wear, scratching or dents to the pen. The pen has never been cleaned in any way.

Both pen is marked "PARKER" and "FRANCE". The pen was given to me when I was working for an American company in the early 1980s. It has never been used, and has remained in a box in a drawer ever since (not a Parker box, there was no box with this pen).